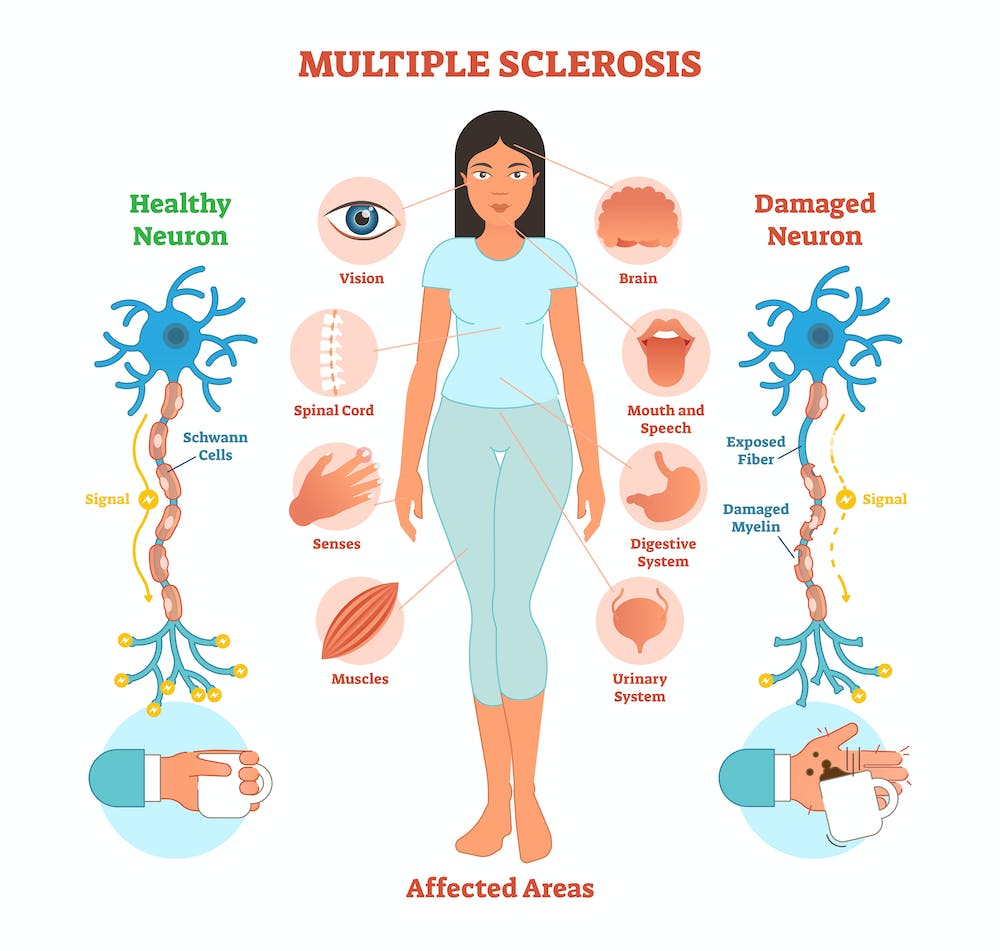 Multiple sclerosis is a very intriguing disorder of the CNS (central nervous system), encompassing multiple patterns of progression. While persons with slow progressing multiple sclerosis may perceive symptoms at low intensities or even have no symptoms at all, persons with fast progressing forms of the disease may be confronted with very intense symptoms and may be at risk of developing severe, life-threatening complications.

Due to the fact that multiple sclerosis primarily affects the central nervous system, the first symptoms experienced by patients are of sensorial or cognitive nature. Some of the first symptoms that occur in persons with multiple sclerosis are decreased visual acuity, blurred vision, double vision or difficulty in distinguishing colors. In addition, the tissues around the eye may become inflamed and painful; some patients may experience intense pain and discomfort when moving their eyes.

Most of these symptoms occur due to optic neuritis, condition often associated with multiple sclerosis. When the condition is timely discovered and patients receive the appropriate medical treatment, most visual symptoms can be completely eliminated within weeks. However, in the absence of medical treatment, patients may remain with permanent visual defects. In some cases, unattended visual symptoms of multiple sclerosis can even lead to permanent blindness.

When it affects other areas of the brain, multiple sclerosis can generate symptoms such as hearing loss, dizziness and vertigo. Patients with multiple sclerosis may also suffer from decreased judgment, inability to concentrate, short-term memory loss, states of mental confusion and pronounced difficulty in expressing themselves in speech.

Symptoms such as muscular weakness, numbness and pain, as well as decreased or increased sensitivity to heat or light stimuli are possible signs that multiple sclerosis has also reached the peripheral regions of the nervous system. At this stage, patients may also suffer from bladder or kidney dysfunctions, liver dysfunctions and impairments of the gastrointestinal tract. Internal organs such as the liver, lungs and heart may also be involved in advanced stages of multiple sclerosis.

The Most Insightful Stories About Fashion

5 Most Important Things to Know When Playing Casino Slots Online